I am a newish weaver. It is really only the past year that I have been weaving with any regularity, since I received my Flip as an awesome holiday gift last year. This year I have been working on spinning cellulose fibers, cotton and flax. I was inspired by posts on Ravelry of spa cloths, made by looping pile like in this article, to make some of my own. I wanted to try weaving with some of my handspun flax yarn, and to make something more than plainweave, much as I like it.  If it worked out it would make for good holiday gifts to give.
I warped up the flip with a ten inch wide warp a little over 85 inches long (I am not sure as I did not measure wonderfully) and got started. 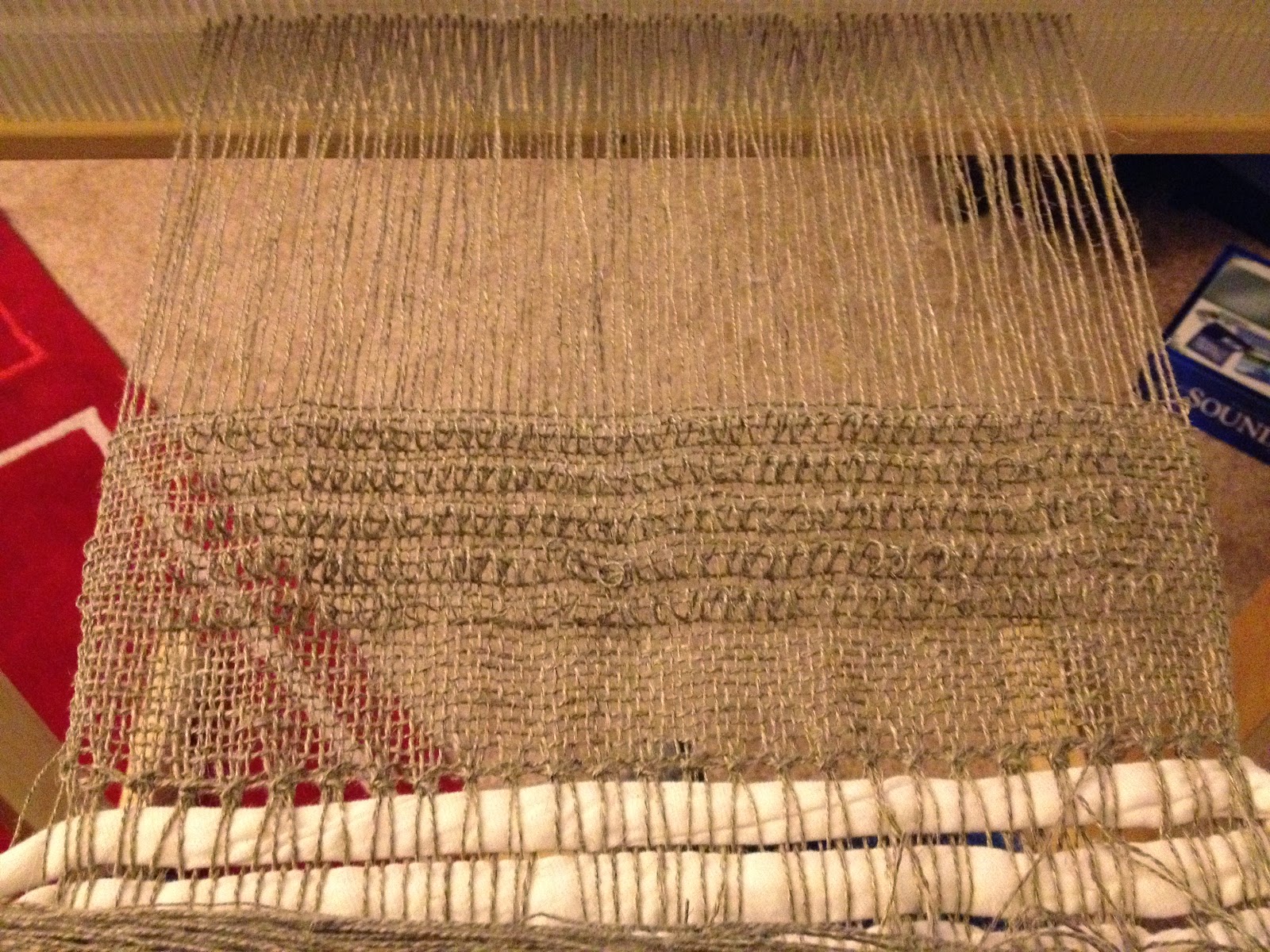 I made two ten inch long looped pile spa cloths and then got itchy to try some new things and looked around online and found a tutorial for weaving waffle weave on a rigid heddle using a pick up stick behind the heddle. I had an extra shuttle I could use as a pick up stick and went ahead with gusto. Here is the last of the waffle weave section and the beginning of the next, as once I had done to different weave structures, I figured I should have a plain weave sample and so that it what I wove next. 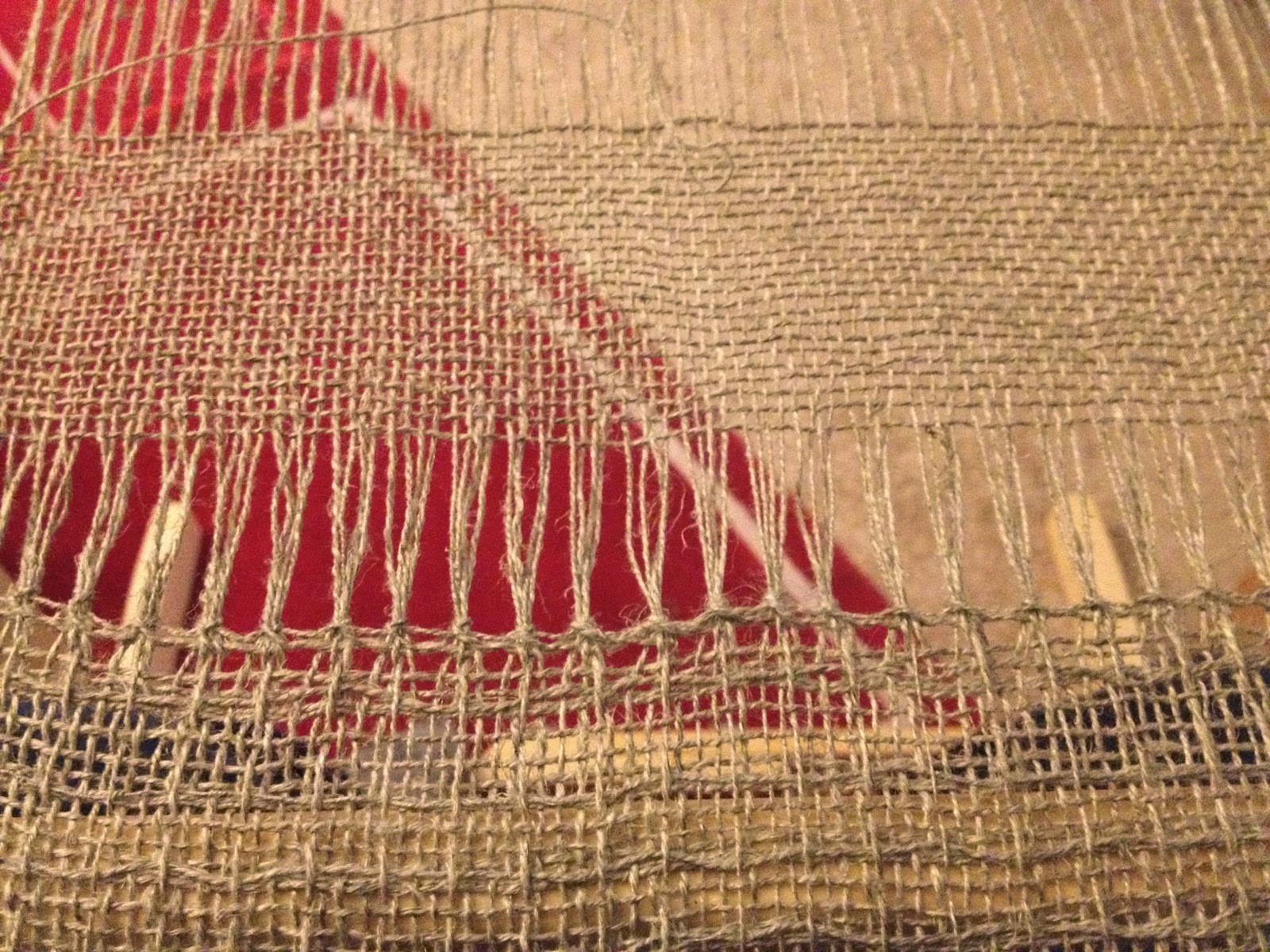 I had to laugh to myself as the plain weave especially felt like Burlap or Hessian sacking and I had spent so much time spinning and weaving sacking. I know it will change after washing, but for now it has a stiff, stand-up-on-its-own quality that i quite like.

After I finished the flax yarn I decided not to go into the second skein i had, and reserve that for making more of whatever stuck my fancy. I had extra warp, so I wound a shuttle of handspun cotton, from my earlier days of cotton spinning with lots of slubs and lumps and bumps. I wove a ten inch sample of waffle weave (which is surprisingly my favorite, at least on the loom) and then wove off the rest in plain weave.
Here are the looped weft spa cloths and the  linen waffle weave samples in daylight: 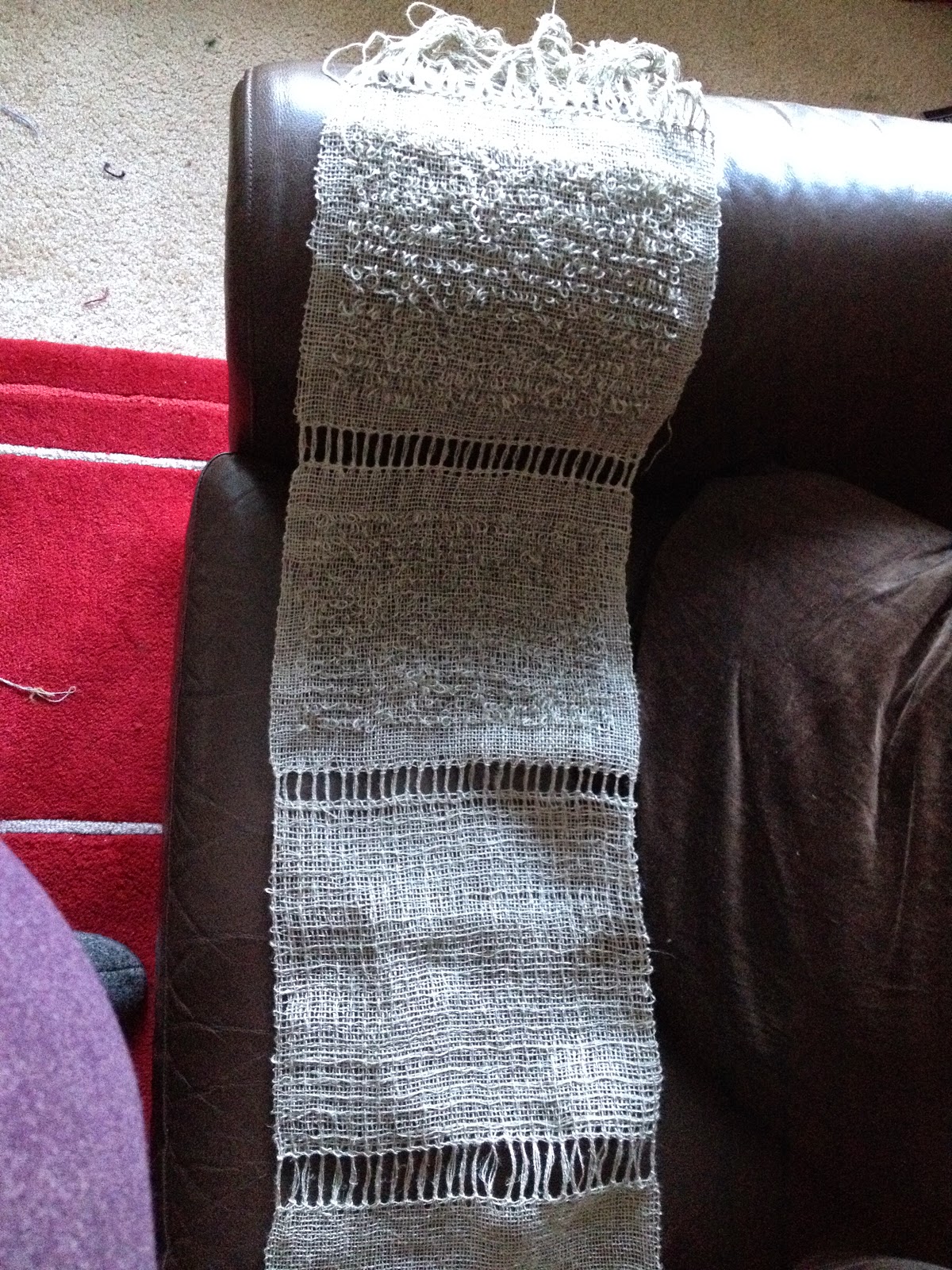 And here are the plainweave linen and the cotton samples: 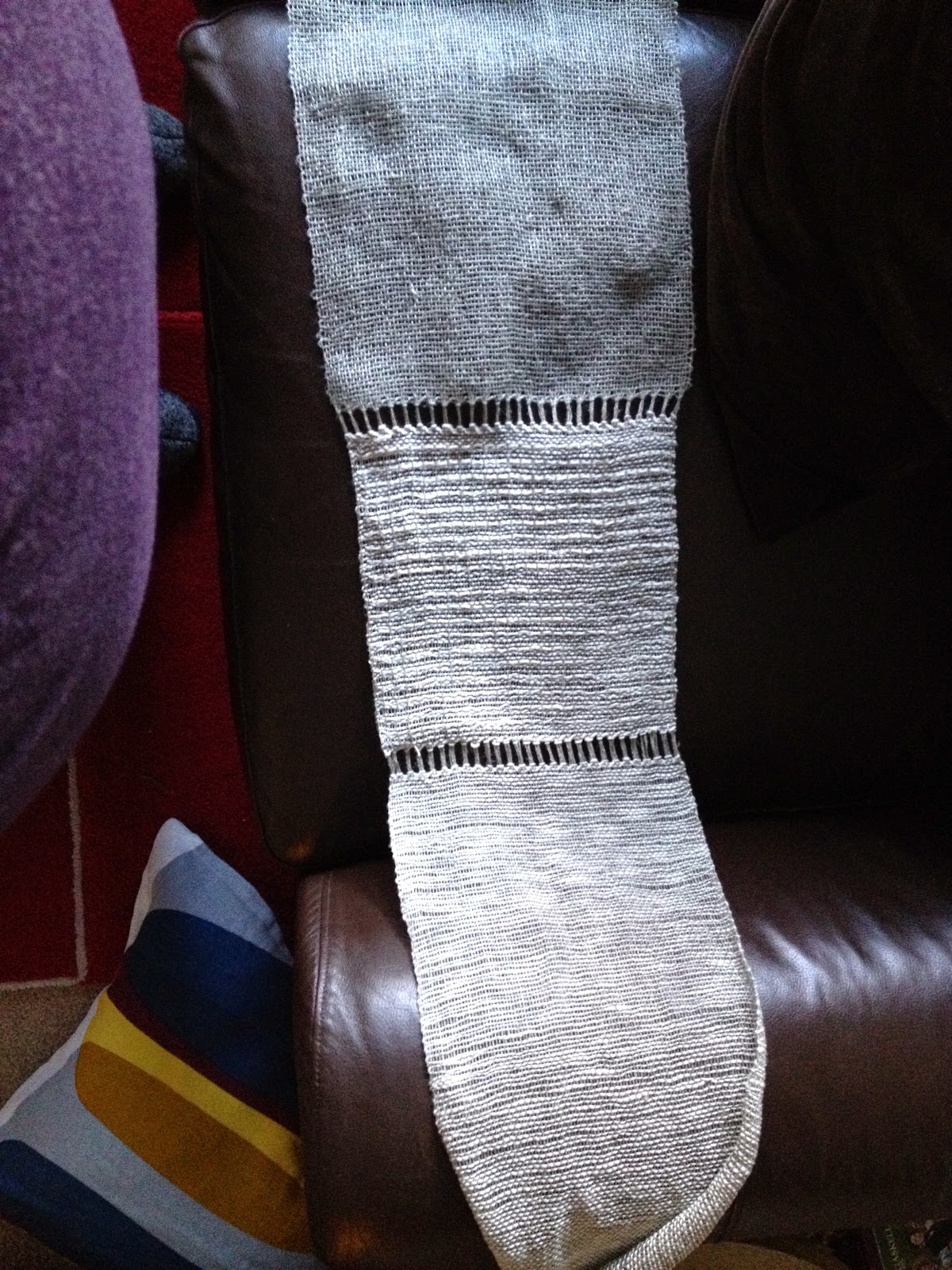 This is in the dryer right now and I promise to post more after they have been finished.
Posted by Devin at 8:00 AM