I finished the blanket. It turned out better than I thought it would. The central panel was woven with more PPI thank the outer panels and better tension and so when I stitched them together there were puckers on both sides. After washing, which I did by trampling in hot soapy water in the bathtub until I thought it had fulled enough, the puckers went mostly away. Z has the blanket on him most evenings. I love the hand and drape of it, and I love that I was able to use up some stash, though not nearly enough:)
Before finishing: 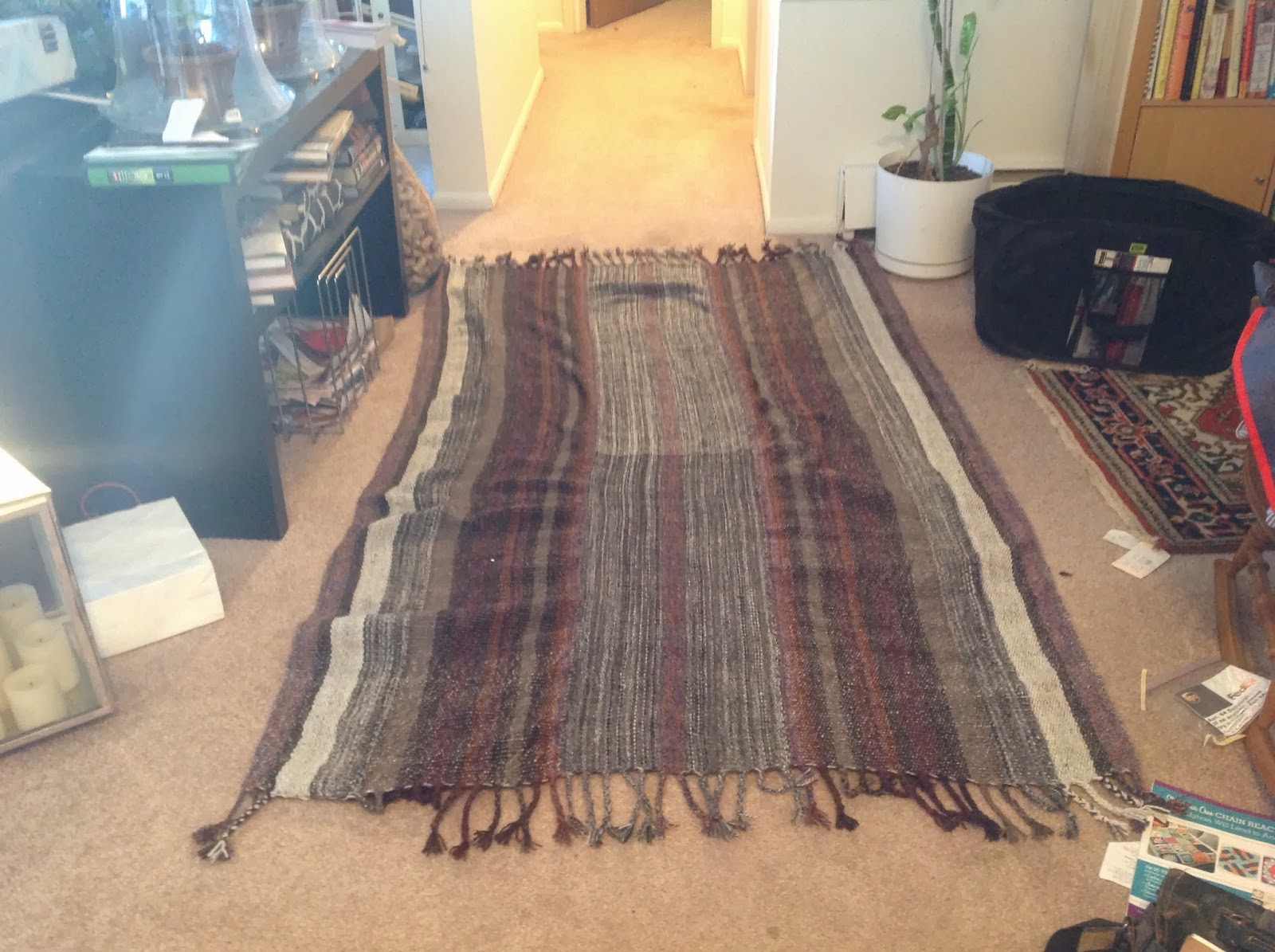 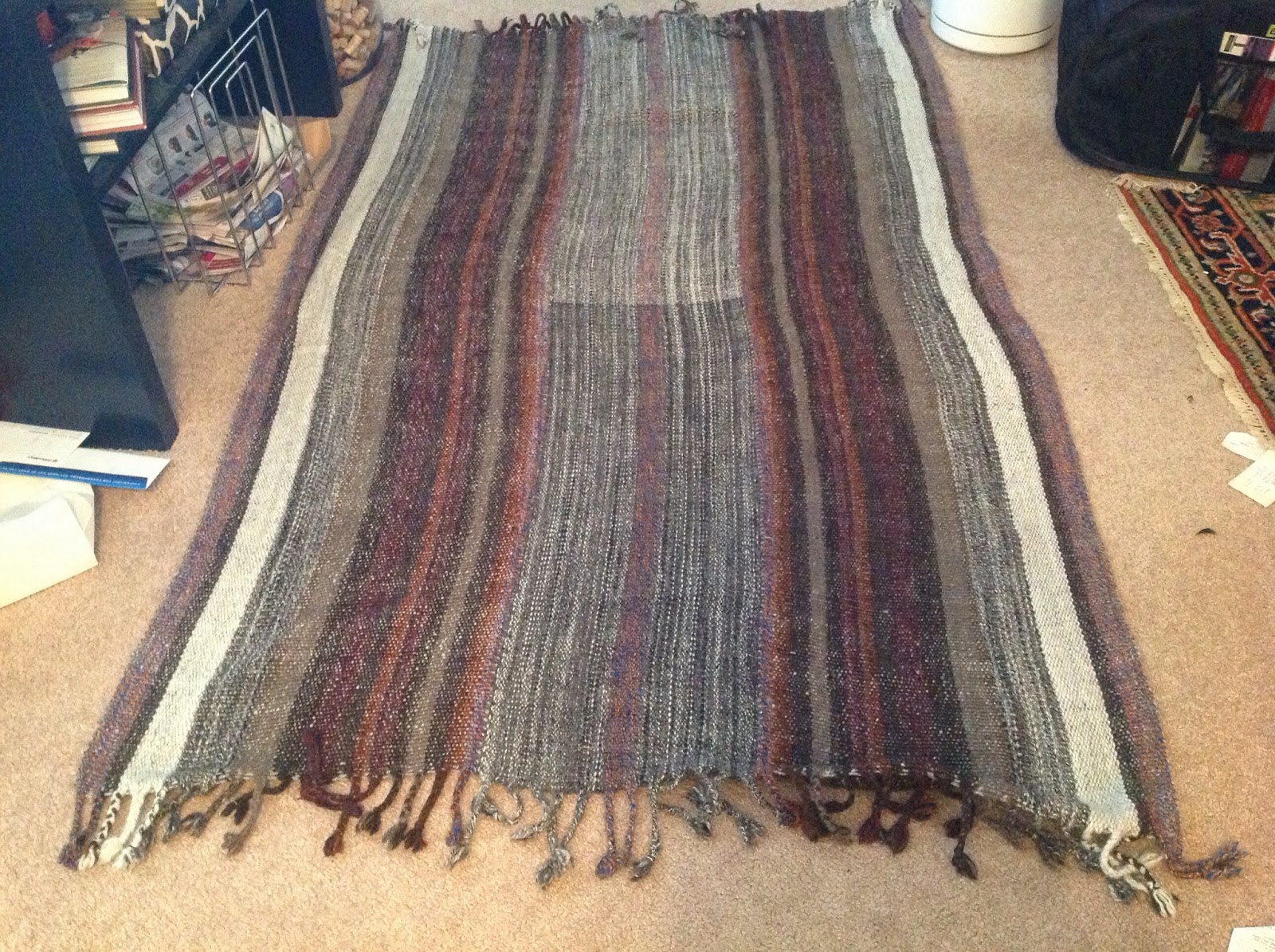 I focused on knitting and spinning for a week after finishing this, but then began to get weavey hands and wanted something on my loom so I dug out some wool/mohair and some romney I had in stash and warped it yesterday. Warping was difficult as once I started to wind on things tangled terribly, but I persevered and got it tied on and started weaving. I am so satisfied with the fabric. The slots and holes are double threaded. The warp is fuzzy an sticky and each shed gets cleared with an empty stick shuttle before I throw the weft, but i have the rhythm down and it is going fairly quickly. I have about a yard woven up now. Here is the beginning. 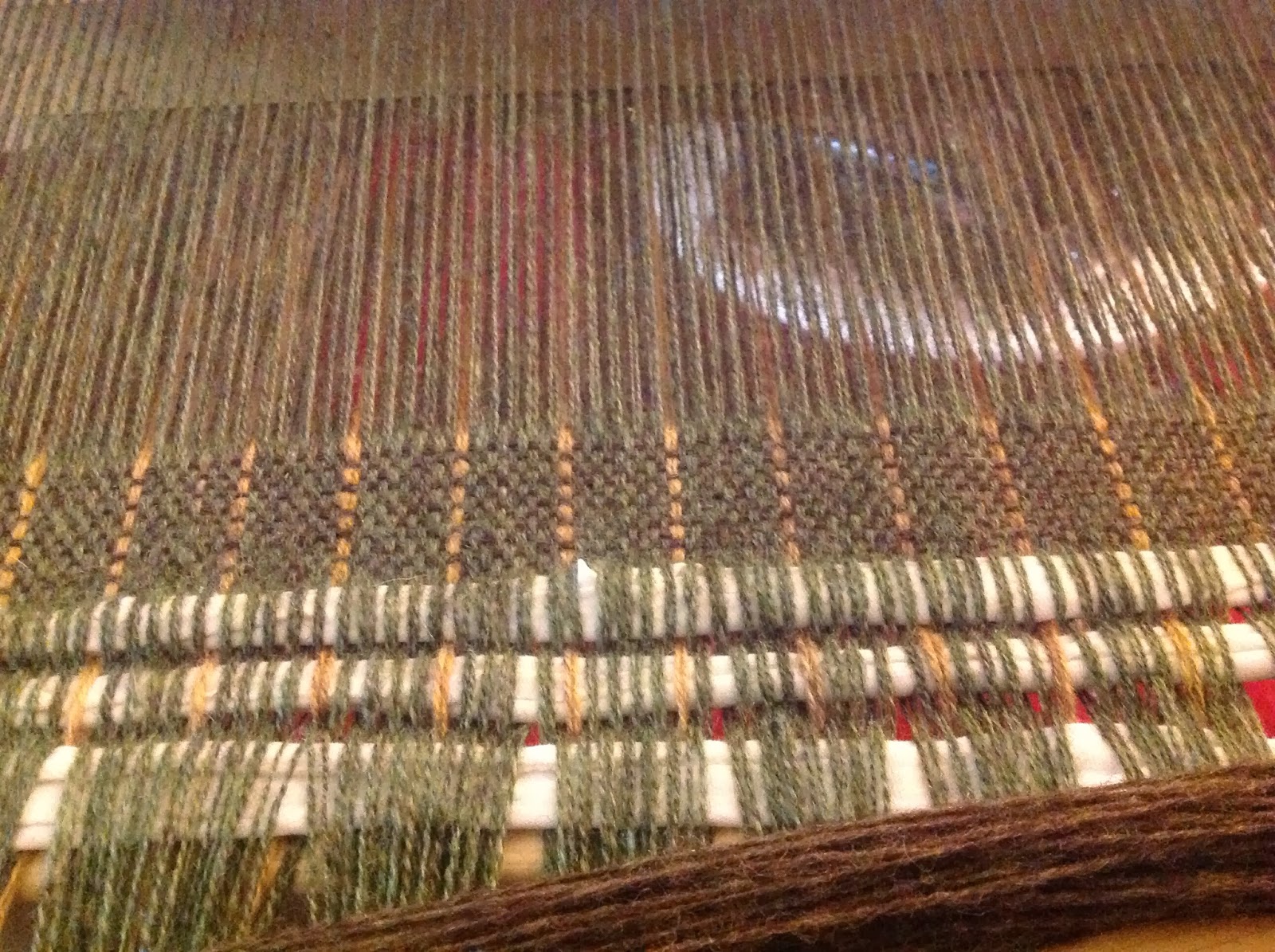 I hope that this can be made into some sort of outerwear for me.
Weaving is fun. Weaving with my own handspun is very fun.
Posted by Devin at 10:32 AM

Devin, that is just beautiful, as I would expect from you!

I love that it is already loved. Such work deserves to be treated like that.

I was thinking about winding wide direct warps. Some people use multiple pegs. I did that when I warped an almost-full-width project. Look for a KISS for Baby project- maybe under WeaveZine? That author had some great tips.

I always walk away inspired by the quality and quantity of your work. I hope you know how much I appreciate that.

Thanks, Mama Squirrel. Not sure who you are, but I appreciate it!