My Practice of Spinning 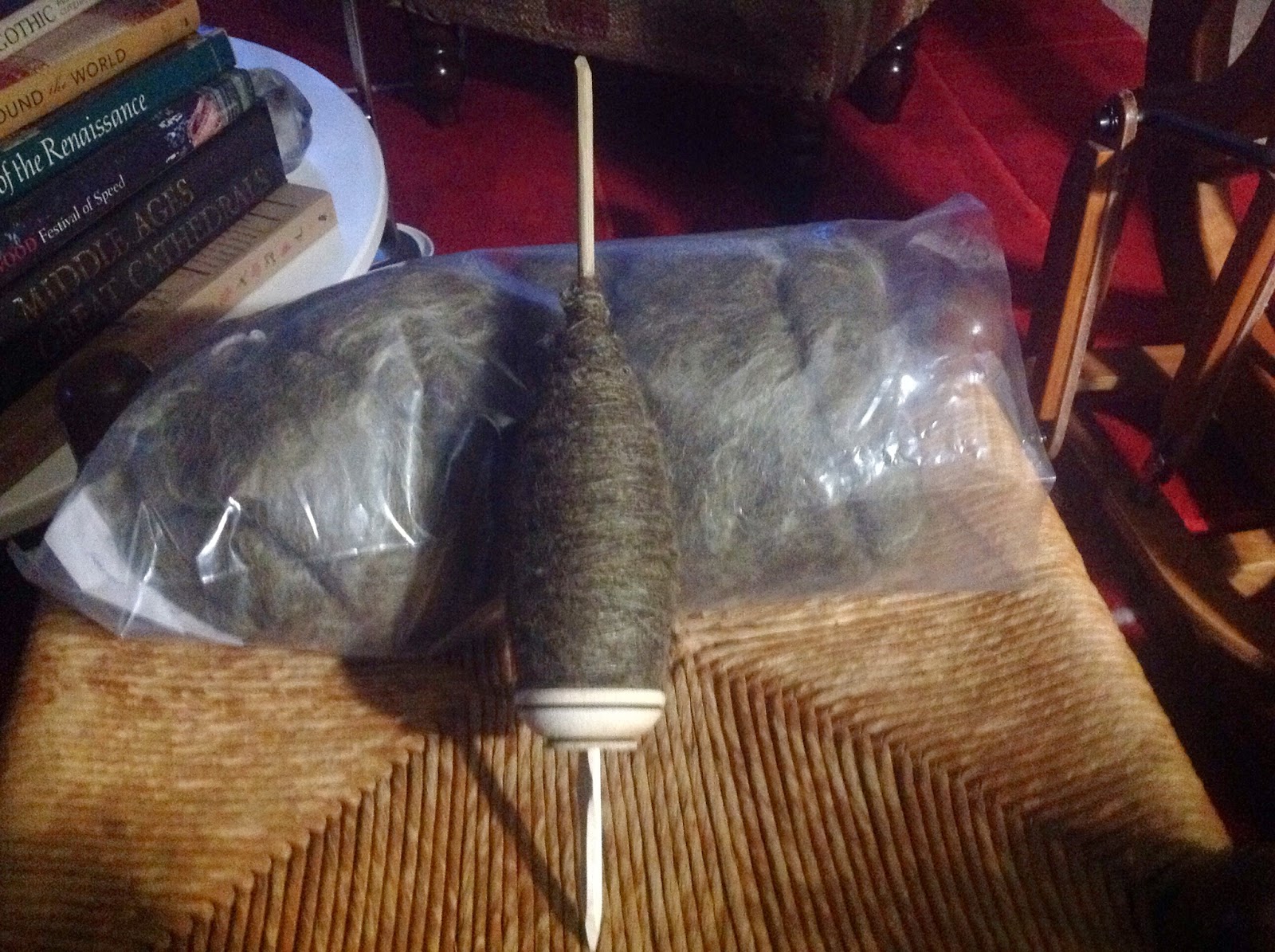 I don't speak much about my personal beliefs or the practice thereof. I am a Buddhist and have a very sporadic practice of meditation. I do not sit as often as I would like to, I can always find something else to do. I do spin every day, at least ten minutes. It is a very rare day that will occasionally go by without some spinning, and those generally will have some knitting or other textile work. I sometimes joke that my religion is textiles and fiber. I often regret that my meditation practice is not as consistent as my textile work.
The past two weeks my spinning has been seriously curbed due to some issues with my wrists and I realized during this time that my textile work often has the same effects as meditation. While I was unable to spin, my mind was more chaotic than normal, my moods were less positive and productive, and I was far less present. When I sit at my wheel or take up a spindle I focus on the present, on the action of drafting. I can achieve moments where my whole focus is on the act of spinning, the feel of the treadles, or the spindle, the fiber passing through my fingers, the sound of the fiber drafting out, the whirr of the wheel turning or the snap as I turn the spindle.
Spinning has become central to my identity and the practice of it brings me back to myself from the whirl of anxiety and worry which I can often find myself in. I am determined to stop worrying about the amount of time I sit on my meditation cushion and instead embrace the time I spend spinning in a more mindful way. I want to spend some of my time spinning without any distractions; no television, no audio books, no reading. Just spinning.
Posted by Devin at 3:16 PM

Yes; just yes. The practice of spinning, just feeling the fiber and being in that moment.

I just saved your blog, found it in Ravelry. I'm late to the Abby crowd, watched the RTS video, and LOVED it. Except where husband overheard her say I could make a spindle with less than $2. Unfortunate timing for him to walk by LOL. I like your writings.
Jamie
hopelovepeace on Rav